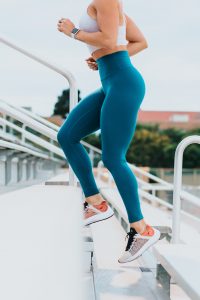 Any doctor, nutritionist and health guru will say the same: exercise is an essential part of a healthy lifestyle. In fact, at least thirty minutes of movement are recommended daily to maintain strong bones, joints and muscles. However, it’s possible for this behavior to be taken to an extreme.

Much like other addictions, exercise addiction is often characterized by a person’s obsession over a particular behavior and engagement in that behavior even when it causes physical harm. Those suffering from exercise addiction may even engage in their obsession despite wanting to stop or even doing it in secret as a result of their guilty feelings. However, exercising releases a mixture of chemicals in the brain that can create a sense of pleasure or reward, which could create an environment of dependence as addicts seek to feel this euphoric high.

Endorphins and dopamine are neurotransmitters that are released during recreational drug use. However, the body also releases them naturally during exercise. While exercise addiction most often starts with the desire for physical fitness, this chemical reaction can cause an obsession with exercise, as does a body dysmorphic disorder that further perpetuates the need to lose weight.

Researchers at the University of Southern California have also found that 15% of those classified as suffering from an exercise addiction are simultaneously addicted to other stimulants, including cigarettes, alcohol or drugs. Another 25% may also harbor sex or shopping addictions as well.

It’s also possible for recovering drug addicts to turn to exercise as a seemingly healthy way to overcome their addictions.

Those suffering from exercise addiction may experience the feeling of being buzzed after exercising. They experience uncontrollable desires to exercise and can even suffer withdrawal symptoms if they go long periods without exercise. To make more time for physical activities, they will forgo other responsibilities or relationships, and they will spend long periods of time preparing for, engaging in and recovering from exercise.

If you’re located in Southern Florida and are concerned you may be suffering from exercise addiction Boca Raton licensed mental health counselor Abby Bernstein is here to help. During her graduate work, Abby specialized in the treatment of a variety of eating disorders and uses a holistic and integrative approach in the treatment of overcoming eating disorders, including exercise addiction.

By establishing a supportive team and focusing on identifying core issues that maintain eating disorders, Abby’s clients enjoy a high rate of success in overcoming their unhealthy behaviors after treatment. Through personal exploration and self-awareness, clients are able to engage in productive therapy with open communication and trust between client and therapist. Through a non-judgmental and safe space, clients are able to explore emotions, thoughts and behaviors tied to their disorder and create positive shifts in their life.